On Saturday, Nick and I saw a local theatre production of To Kill A Mockingbird. It was a wonderful performance, beautifully staged and marvelously acted.

Seeing the stage production, I was struck by how powerful Harper Lee’s novel had been when I first read it and how powerful it remains now – not because it brings to mind the struggles of a bygone era, but because of how real those struggles remain today.

The story’s message is simple: black people are not treated the same as white people; they are not given the same chances or opportunities, they are killed for unjust reasons, their very existence is seen as a threat… but we all have the power to make it different and better.

The craziest thing is, half a century later, we haven’t heeded that message. Today, minorities are still not given the same chances or opportunities as white folks, they are still killed for unjust reasons, and their very existence is still seen as a threat – albeit less overtly than before. That so many (white) people are offended by the Black Lives Matter campaign (which, of course, does not proclaim black lives to be more important than other lives but merely asks that they matter equally to white lives) and that they feel the need to counter this movement with All Lives Matter underscores how little progress we have made.

It’s been a long damned time.
How is this still a thing? 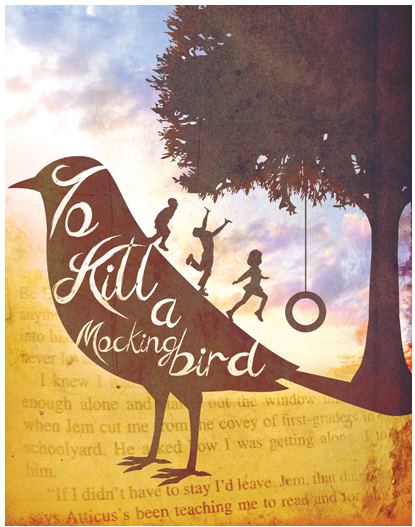 For concrete examples of how people of color are not valued equally to white folks, you need look no further than the movies. The overwhelming majority of “regular” people in cinema are portrayed by white actors; black (and other minority) actors are typically relegated to the role of Sidekick, Gang Member, Slave, Athlete. Just a normal ol’ suburban family? Pretty much always white.

This is not because there aren’t enough talented black/minority actors to fill the roles. Rather, producers (the vaaaast majority of whom are white) don’t usually cast black people in “regular” roles… because they feel that we  – the white audience – don’t want to watch movies with people of color playing the starring, everyguy role.

Simply put: I loved it! I thought Chris’s commentary was biting, real, thought-provoking, and hilarious.

Yes, sometimes it fell flat or didn’t work. That whole Stacey Dash thing was just wrong. The Asians-are-always-nerdy-number-crunching-types joke didn’t belong, period, especially in a night that was (supposedly, according to the host) dedicated to diversity.

And, personally, I didn’t like Chris’s jab at Jada Pinkett Smith. If you want to protest something, boycotting can be a very effective way to do so. Participating anyway and then attempting to change how things are done is also an effective form of protest.  Jada chose the former; Chris, the latter. I understand his desire to explain his choice, and his decision to address Jada directly, but it could have been done without taking a swipe at her.

So, no. His hosting wasn’t flawless. But overall? I think he rocked it. (Sorry.)

I was still a little rattled from hearing the words “lynch” and “rape” in To Kill A Mockingbird when I found myself confronting them only one day later – in Chris’s opening monologue. Only this time, raping and lynching were made into jokes.

I laughed and then covered my mouth, slightly horrified. Was I supposed to be laughing at jokes about raping and lynching? It was very uncomfortable.
Which was clearly his intent:

That’s what I enjoyed so much about Chris’s hosting: he made me laugh and think at the same time. He made me uncomfortable. Which is okay – good, even – because so often, it’s only when we’re made uncomfortable – when we’re faced with the reality of a situation and asked to view it head-on instead of turning away – that change can occur.

Rape and lynching are not remotely funny. But they were the (horrible) reality for black people in the United States; they are part of our country’s history – a part that, quite frankly, I’d rather not think too much about because I’m ashamed of how minorities were treated by people who look like me. But that’s exactly why I should be thinking about them and why I should be reminded: Hey! Times were REALLY BAD. After that whole Civil Rights thing, y’all said that racism was over… And it’s better, it is. But it’s not over yet. Not by a long shot.

Yes, those lines were over the top. They might have been inappropriate. But they sure as hell got my attention and made me contemplate. If Chris hadn’t gone there – if he had just made expected, appropriate jokes about how black people are treated by Hollywood – I can basically guarantee you that most (white) viewers wouldn’t have given him a second thought. “Look – a black person talking about racism. Again. At least he’s funny!”

No. By making me cringe, I thought about what he was getting at, about why I was uncomfortable. When Chris told the audience that black actors in the 60s didn’t boycott the Oscars because they had “better things to protest… When your grandma is swinging from a tree, it’s kind of hard to get worked up about best foreign film,” I thought looong and hard on that.

By Chris’s reasoning, black actors who boycotted the Oscars in 2016 could have been protesting other, bigger things. I agree with him: there are clearly other, bigger things to protest. I also disagree with him, because all of the other racial inequities and atrocities don’t make it unimportant to speak out against – or boycott – one of the biggest nights in entertainment when minorities have been entirely ignored.

Another take on that statement is that black actors today don’t have better things to protest (unlike their 1960s counterparts) — I mean, public lynchings and rape boasting are no longer acceptable. We’ve come a long way! Yay for tolerance and equality! Except if that were really the case — if today is different from the 1960s — why, just like then, were there still no minority nominations?

How is this still a thing?

Well – for the same reason we don’t see black (and other minority) professionals in numbers that correspond with their percentage of the US population: they aren’t given the chance, because their contributions, their efforts, and – ultimately – their lives are less important than those of white people. We don’t have black or Asian or hispanic or Latino or Native American doctors or lawyers or teachers or stock brokers (or actors ) equal to their percentage of the population; things are skewed ridiculously in favor of white folks, regardless of education or performance or ability or productivity or intelligence.

It isn’t that people of color don’t want those jobs. It’s that, from the time they are born, they are not given the same opportunities as their white counterparts.

That is what absolutely has to change.

I’m just going to quote Chris here because he says it far better than I could:

“It’s not about boycotting anything. We want opportunity. We want the black actors to get the same opportunities as white actors. That’s it.”

I understand that there is still fear. I understand, somewhere inside, in a place that many of us cannot even fully imagine because it is so deeply ingrained, that (white) people are nervous that there is not enough for all of us – that if we truly shared everything, if we were all equal (like for real), somebody would miss out. Having been the ones benefitting from this centuries’ old system, this is freakin’ scary, so we – subconsciously (much of the time) – continue to allow discrimination to continue, to perpetuate it, because it benefits us.

So, I guess I get how this is still a thing.

The thing is, though: there is enough. There always was. We can create those opportunities for everyone – and, instead of some of us losing, we’ll all win.

I’m confident we’ll get there someday. Not this year (the racism coming to the fore in the American election is appalling, to say the least)… but someday. I really believe that – if only because my daughters genuinely do not understand how this is still a thing.

“But mom. Everyone is the same inside. Do people honestly not know that??”

We need to make this a thing of the past.

1 thought on “How Is This Still A Thing?”