Remember back in, say, kindergarten when special “characters” would visit the classroom? Like whenever a letter of the alphabet was introduced, its corresponding Letter Person would appear to herald the new sound? (If memory serves, my kindergarten Letter People were small, anthropomorphized inflatables in the shape of each cipher; according to my kindergarten journal, Miss A was my favorite because she “goes aaa-aaa-choo and I do too.” So introspective, me.)

My own girls had the likes of Zero the Hero, who swooped in every tenth day and enjoyed unrivaled popularity on the 100th day of school. They also had Dirty Dan, about whom I expressed some concern on Facebook:

“Tomorrow, Mrs. B said she’s going to bring in Dirty Dan!”
Pardon me?
“Dirty Dan! She says she really loves him.”
Shouldn’t Mrs. B keep these things at home, like, in her bedroom?
“What? No! Dirty Dan loves to do dirty things.”
I bet he does.
“He’s really fun to play with.”
Mmmm hmmm. Is he inflatable?
“I’m not sure. Mrs. B can squeeze him and his mouth comes out.”
Does Fifty Shades have anything to do with this?
“Fifty what? We haven’t done fifty. Zero The Hero has only come twice.”
Does Mrs. B’s husband know about this?
“Yes! She brings Dirty Dan home and shows him!”
Kindergarten is way different than I remember it.

I’m still not sure what Dirty Dan was doing, but I trust it was… special.

Although my girls have long passed kindergarten, I still encounter these characters as a substitute teacher. Plus, I have a gazillion teacher friends whose Facebook feeds keep me abreast of current instructional practices, like the wedding of the letters Q and U (no joke; how fun is that!). So this line of thinking is alive and well in my brain. 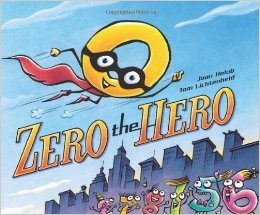 All of this might help explain why I was puzzled when, a few weeks ago, I noticed a headline titled “Opioid Bill Reframes Addiction As A Health Problem, Not A Crime” on my NPR news app and immediately jumped to some… unusual… conclusions:

Opioid Bill.
Hm. That’s interesting. Never heard of him before.

It seemed a bit odd to be anthropomorphizing drugs and making them cutesy, but maybe schools decided that scare tactics don’t work? I mean, everyone my age sat through the “Just Say No” campaign and watched the “This Is Your Brain On Drugs” commercials (the one with the egg in the frying pan was particularly… memorable) and drugs were still, you know, available on my high school and college campuses, so maybe they have a point…

Heck, if a cuddly Opium critter can help kids avoid getting hooked on morphine, who am I to judge?

First, I tried to imagine the various scenarios in which Opioid Bill might be useful in the classroom and what points he’d help to make. “Hey, kids! My name is Opioid Bill and I’m here to tell you about the rise in opiate use and how they’re being abused! Addiction is a serious issue, and there are consequences for doing drugs… but addicts need medical intervention, not jail time! Let’s sing the ‘Opes are for Dopes!’ song together!”

Next, I began to envision what exactly Opioid Bill looked like. A plush medicine capsule that giggles when squeezed? A flexible, dinner-plate sized Fentanyl patch that could double as a frisbee? A Vicodin bottle hand puppet? A rubber, foot-tall poppy plant with google eyes and a winning smile? ALL WOULD BE TREMENDOUS.

After pondering the physical characteristics of Opioid Bill, I then considered if he was a stand-alone guy or part of a team. Was there a Demerol Dan who discussed the dangers of injection? Narcotic Nellie, accompanied by crosswords and word searches that introduced kids to alternative pain treatment options? Did Stimulant Sam sing catchy ditties to warn children not to crush and sniff Ritalin?

SO MANY OPTIONS, SO LITTLE TIME.

As I ran through all of these possibilities, perplexed as to why my teacher friends had never shared the wonders of Opioid Bill and his Drug Brigade on their Facebook pages, I glanced again at the NPR story. It was only then that I saw the text written above the photo: the lower case b in “bill” and its article, “the.”

The bill about opioids.

I actually laughed out loud.
Clearly, I have reached the B Side of summer. Only four more weeks (not that I’m counting) until the cherubs are off, life returns to normal, and my Summer Brain is put away until next June. NONE TOO SOON, my friends.

I realize that opioid addiction – and the terrible problems associated with it, including incarceration versus treatment – is a very real and complex issue. I can also see how maybe it would be have been a little… inappropriate… to use cuddly, animated creatures to discuss this subject with grade-schoolers.

BUT OH!, admit it.
If Opioid Bill did suddenly join Zero the Hero and Dirty Dan in kindergartens across the nation, it would be KIND OF AMAZING.