I’d known it was coming. I’d known there was no turning back, no way to stop the inevitable, nothing that could be done to slow the steady march of time.

Ella was going to turn ten whether I liked it or not. 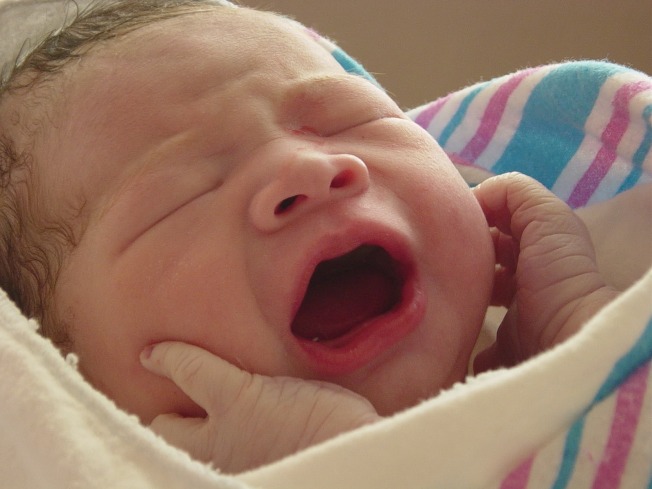 For Annie, turning eight was a big deal; for me, not so much. As I mentioned, some ages are heralded almost universally (or, at least here in the States) as important milestones, with eight not being among them… so while Annie regarded her birthday as a major stepping stone, I viewed it merely as yet another birthday. Don’t get me wrong – every time my girls age a year, it makes my heart beat a little faster because I am blindsided by how unbelievably quickly the time is flying by. But eight, itself? Nah.

Ten, on the other hand, is one of those ages that seems to be met with fanfare. Or, if not fanfare, at least recognition. “Oh wow – double digits!” “Good grief, an entire decade!” “Ten years really makes you stop and think about how old you are, doesn’t it?”

Because ten years is really something, right? We, as humans, measure things in ten year blocks. The decade of discovery! The decade of bell bottoms! The album of the decade! When you’re asked to imagine yourself in the future, you’re usually asked where you think you’ll be in “Five, ten, twenty years…?” Because ten is a big deal. Ten marks progress (or lack thereof). Ten marks difference. Ten is enough time for something to have changed, to have happened. Magazines look back ten years, do entire retrospectives and “Where Are They Now!”s.

When you’re born a week before Christmas, Santa hat photos are basically required.

Ten separates itself from its predecessors. The first double digit; you can no longer just squeeze it in – you need room for two. You can count by tens. You must purchase more than one candle for the cake.

Ten sounds older; it is treated as such. Whereas nine and seven and six were clearly young, with so much time and room to grow, ten begins something new. Ten is still a kid but with more responsibilities. What you could get away with at eight is hardly permissible now, because… ten. Ten is precariously close to thirteen, an age at which everything seems to change.

Ten carries with it an air of distinction. When you are ten – or eleven or twelve – you’ve entered into another realm, somewhere more mature and respected. You are one of the Big Kids now, allowed occasionally to sit at the adult table, able to maybe stay at home alone for a few minutes while dad takes the dog to the park and mom runs around the corner to drop off your sister.

When your child turns ten, people identify, because ten holds meaning. “Can you believe you’re old enough to have a ten year old?” they’ll ask, even though you were more than old enough to have a nine year old a mere 24 hours ago. This is a ridiculous question, of course, but it’s one you’ve asked yourself, so you let it slide. Because no, you can’t believe it – not that you’re old enough, but that ten whole years have passed. Ten years being a parent. Ten years that simultaneously went by in the blink of an eye but also seem like eternity. You remember your ten years-and-one-day ago self so distinctly, you can almost physically feel her — but then again, she seems like a wholly different person.

Ten years – especially ten years as a parent – will do that to you.

You remember, at eighteen, seeing the movie premiere of The Lion King with your best friend and her family, a special trip into Manhattan to one of the Broadway theaters, and eating afterward at a restaurant where service was slow and your best friend’s younger sister was becoming restless, which you laughed about a little – her impatience and all – until someone pointed out, “Well, after all, she is only ten.” And that’s stuck with you ever since, because yes – only ten. 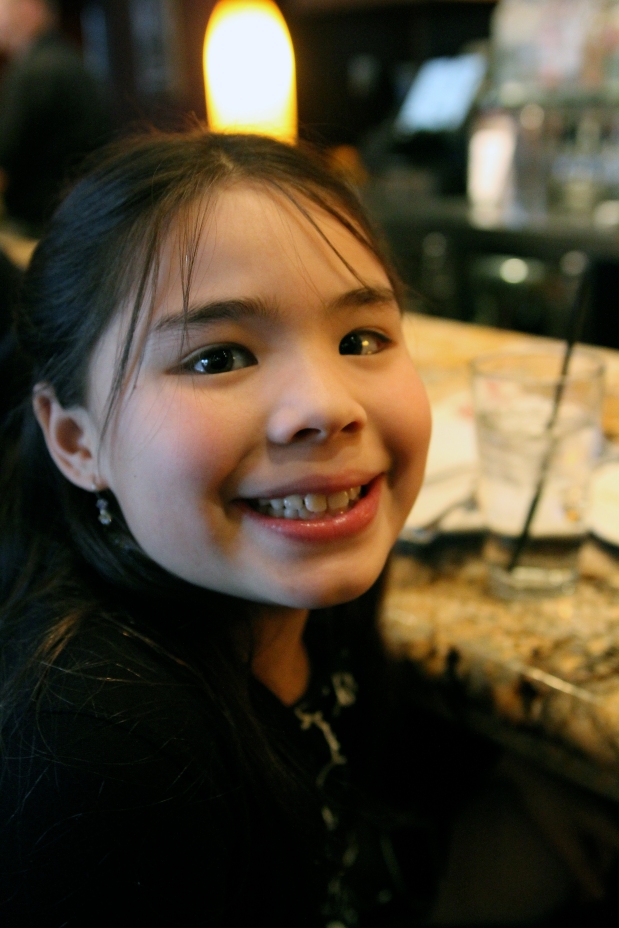 Special birthday treat: a lunch out with Mama at PF Chang’s.

Ten sounds older – ten is older – but ten is really not so old at all. Ten can mean spending twenty minutes picking out the perfect outfit, but it also means playing dress-up with your sister. When you’re ten, you walk home from school by yourself but still cannot reach the plates on the second shelf in the cupboard. Ten is math problems that stump your parents but also asking for a dollhouse for Christmas. At ten, you want to go to the mall but still prefer to hold your mom or dad’s hand when you’re there. Ten means staying up later but, alas, does not put an end to tantrums or whining (pity, that).

I had been viewing Eleanor’s birthday with trepidation, anticipating that it would be different somehow – but I am pleased to have discovered that, although she turned ten three days ago, nothing else has changed. She still calls me “Mama.” She still wants to cuddle and sit on my lap. She still leaves her clean laundry in the basket for days on end and yelps when I try to brush her hair. She is still the exact same girl she was four days ago, except now she has to take another fraction of a second to write her age.

Oh – and she can wear dangly earrings. Ten comes with fashion privileges, y’all.

Although I still cannot quite believe that ten whole years – a decade – have passed since she was born, I am fully at peace with having a ten year-old in our house — or, more specifically, with having this ten year-old in our house. Ella is remarkable and delightful (and stubborn) and thoughtful and funny and wise; she is a tremendous friend, a fantastic sister, and a most marvelous daughter. She even makes me think that maybe having teenagers won’t be so bad. (I KNOW, I know.)

Happiest tenth birthday, Eleanor Elizabeth. Thanks for showing me that growing older isn’t something to be afraid of, but something to celebrate. If you could slow down the growth just a little, that would be awesome – but if not, that’s okay, too, so long as you continue to take me with you. 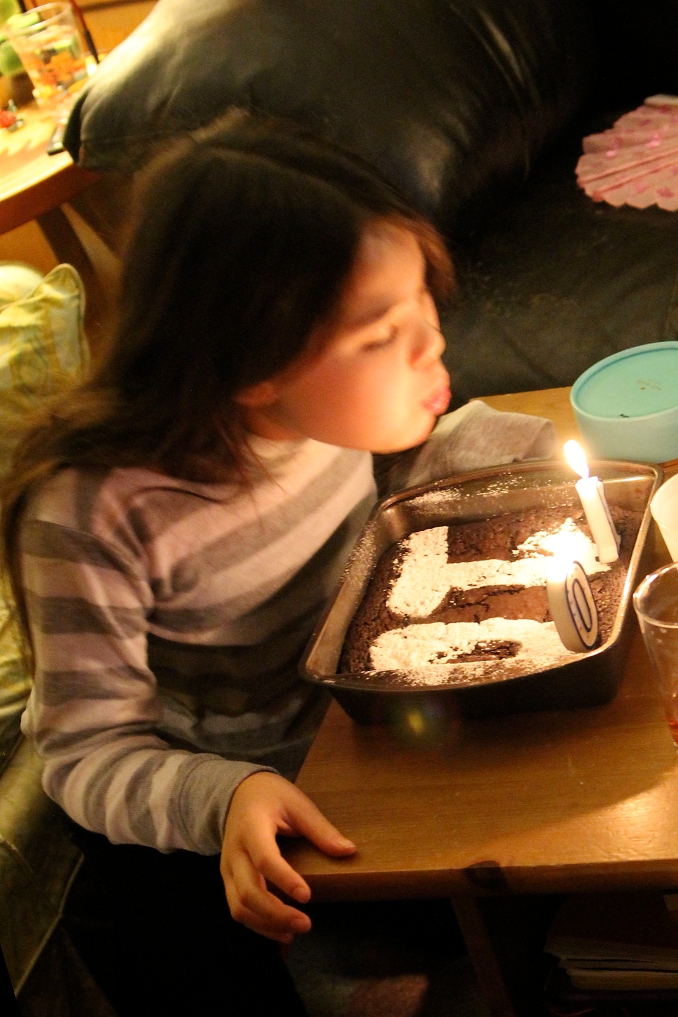