Ella and Annie started school a week ago – 6th and 8th, their only year in middle school together – and, amazingly, everything went off without a hitch. They were ready for this transition: supplies were purchased in early August. Discussions had taken place with friends regarding classes and lockers and sitting on the bus. (In case you’re wondering, siblings never share a bus seat – like, ever. It’s the law.) Lunches were considered the night before, their containers carefully arranged on the counter.

They even set their own alarms, got themselves up, and were ready to pose for obligatory first-day photos 5 minutes before the bus arrived (at 6:58 a.m.). Given that we’ve had first days where tears have been shed by 3/4 of the household, I will take this as an enormous win.

In addition to just getting older – and more self-sufficient, self-confident, and self-aware – I suspect there’s another reason for Annie and Ella’s eagerness to get back to the grind: we had a wonderful, bucolic, dreamy, perfect summer. 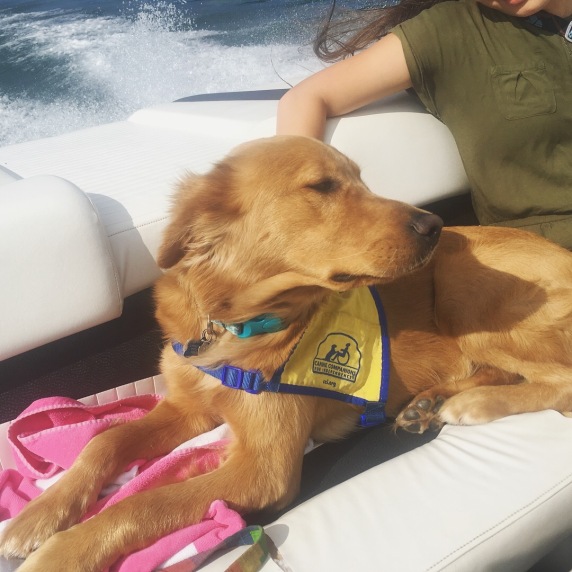 Arlington discovered how much he loved the boat

This may sound counterintuitive; I mean, doesn’t a marvelous summer beget never wanting summer to end?

To be certain, SUMMER! is uniquely glorious. It helped skyrocket the Beach Boys to fame, has cornered the sunscreen and ice cream and watermelon markets, and has inspired entire television programs (Phineas and Ferb, I’m looking at you). But this gloriousness exists in large part because it is temporary. While many a 4th grade persuasive essay has been devoted to convincing school boards and parents that summer should last forever and ever, amen, the fact remains that summer is only SUMMER! when it has a beginning and an end… and when we all return to normal life upon its completion.

Visiting with their cousins in Minnesota…

… and splashing with their uncles in Canandaigua.

Plus, you know, seasons; running through the sprinkler when it’s snowing loses a certain je ne sais quoi.

A great deal of the joy we derived from this summer was due to it feeling like we were on borrowed time. “If this were a school day, I’d be in math right now, not just having breakfast…” “We can’t watch TV this late on a school night!” “If we ate ice cream like this all year long, we’d be dead…” The days – fleeting as they were – felt stolen, as though we were getting away with something, and that made it just a little bit more magic. 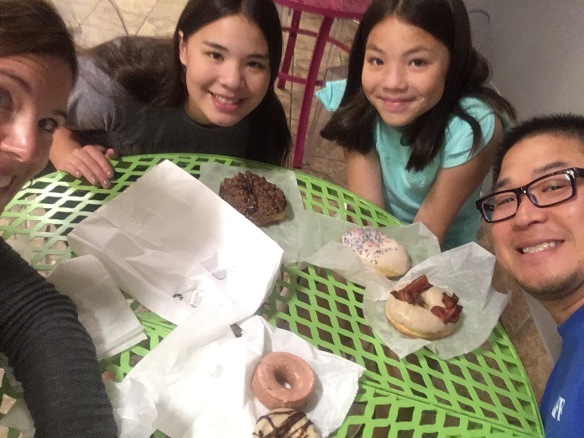 Much space on this blog has been devoted to my dissecting summer – how, for so many years (and especially as the mother of youngish children), it was a really difficult thing for me. Not enough structure. Nothing getting accomplished. Needing to entertain or supervise my offspring day and night with no time for solo caramel macchiatos. Depression and anxiety moving in. Relying on Xanax.

In my most recent posts about the season, I noted that, as my girls got older, much of my summer anxiety lifted. They could entertain themselves! I could run to Target unaccompanied! I won’t rehash that this time around (you’re welcome), but I will say that this was really the first summer where Ella, Annie, and I felt everything fell into place just so.

I guess what I’m saying is that the key to an enchanting summer is balance. Days when you’re super busy and days when you watch an entire season of Modern Family. Staying and getting up late, but not so late that the whole day is off kilter. Traveling and visiting family but also plenty of time at home.

Back when the girls were little and summer started off so wonderfully but quickly dissolved into disconnected anxiousness, I don’t think I’d have believed that it could ever again be the joyous reprieve it was when I was a kid.
I’ll admit: I was wrong. It took a while (we’re talking years), but we’ve gotten there.

We will undoubtedly still have summers where I count down the days till Annie and Ella get on the bus (and then count down the hours till they get home; parenting is weird), but this one was damned good. And I’m grateful.

I’m also grateful that it’s over. We needed summer, but it really is only special when it’s SUMMER!
Balance, y’all. Balance. 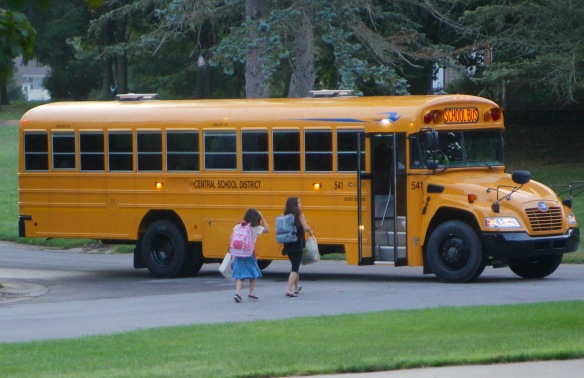