It’s already started. But that’s too babyish. I don’t like how I look in this. She said we can’t be friends if I won’t let her use my pencil. Stop it – someone might be watching! They’re just seven and nine, but their awareness of how they’re perceived, and of judging their own worthiness by others’ perceptions, is steadily growing.

Part of this is a good thing. As preschoolers, they didn’t give a damn what anyone thought about how they dressed, what the ate, how they carried themselves. At times, this was adorable (wearing a full-on princess get-up to the grocery store); at others, it made me proud (girlfriend doesn’t care one bit if anyone else thinks it’s stupid to still be into Mickey Mouse Clubhouse – rock on!). Other times, it was not only embarrassing (“So sorry that she started singing right in the middle of the eulogy, sir”) but just plain frustrating (knocking over the entire display at the checkout because of obliviously executed dance moves). Having some awareness of others, of the fact that you are not actually the center of the universe, of how to be respectful – even if it means that you need to stifle the urge to wear your jangliest bracelets to Easter brunch – is super. 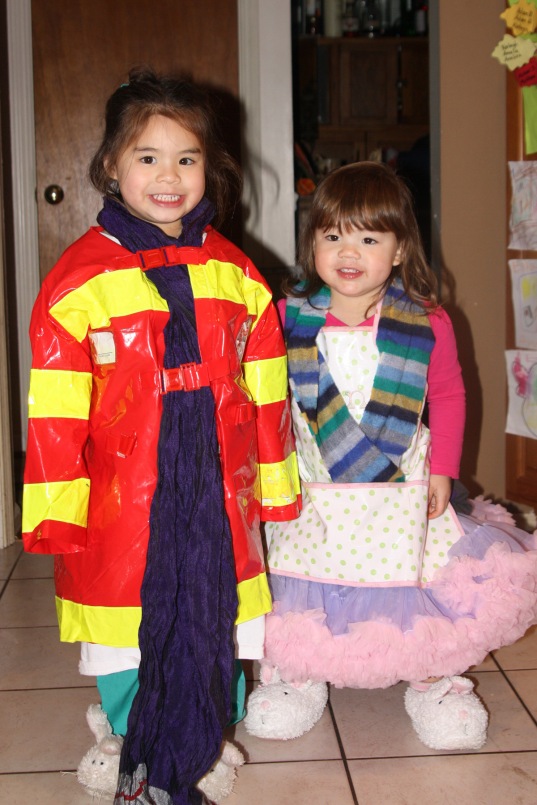 But a lot of it really just plain sucks. Being aware of others and their feelings is fantastic (three cheers for empathy!), but being so aware of others’ feelings that you begin to deny your own is just not cool. Having been a young girl myself once, having survived elementary and middle school and adolescence (mostly), I can certainly remember what it was like to obsess and worry about what your friends – and not friends – would think about virtually everything that you did. I can vividly recall the physical feeling in the pit of my stomach wondering what everyone would think of my Keds, of my carefully-styled bangs, of the fact that I still enjoyed Sweet Valley High well past eighth grade.

So I get it, I really do – that near compulsion to find out what others think of you, and then to base your own opinion of yourself upon it. Getting it and being okay with it happening to my own children are two very different things, however, and I’ll be damned if I just sit idly by. And so we talk a lot, about what it means to be a good friend, about whose opinions really matter, about being confident in just who you are and not worrying about what other people think.

The problem is, you’ve kind of got to walk the walk, and I know I’m not always setting the best example… especially when it comes to compliments. Like so many women (and some men, although – in my own very unscientific case studies – they seem to do this far less than women), I find it nearly impossible to accept a compliment graciously.

“That’s a really cute outfit!”
Oh, well, I just threw it on at the last minute.

“I love your hair today!”
I haven’t even washed it!

“You were really sweet to think of me.”
It was the least I could do.

“Your students must love having you as a teacher!”
Ha, I wish!

As women (or, at least, as this woman), we’re constantly told not to be too pushy. Not to seem too boastful. Not to seem too confident. Not to make it appear that we think we’re better than anybody else. And so we – I – deflect. I demure. I’m afraid that if I accept the compliment, it will maybe somehow mean that I’m trying to brag, that I’m cocky, that I’m conceited.

But here’s the thing: I actually do think I’m a pretty fabulous person. A person with a helluva lot of flaws, a person who takes forever to make dinner because I get so easily distracted, a person who makes mistakes constantly, a person with a lot to work on… But, overall? Yeah. I’m all that and a bag of chips. Or at least a caramel macchiato.

I don’t even know that I realized just how frequently I was deflecting compliments until I heard Ella and Annie begin to do it.

“You sang that so nicely!”
I really messed up at the ending.

“Your math has improved so much!”
I still can’t do flash cards that fast, though.

At first, I was naively flummoxed. We’ve taught them to be polite! They know to thank people! WTF?! But it didn’t take long for me to realize that, although society certainly works hard to teach them that accepting praise is not okay, I wasn’t exactly being such a stellar role model myself.

You can’t spend five minutes online, watching the news, or reading a newspaper without seeing some awful something that’s happened to women. Hundreds of Nigerian school girls kidnapped. A young, pregnant Pakistani woman stoned to death in front of a crowd of onlookers while police did nothing to intervene. Women in California hunted down by a misogynistic gunman intent on enacting “revenge” for their lack of interest in him. And that’s just in the past month alone.

I’ve pored over the #YesAllWomen tweets and articles and posts that have sprung up in the wake of the Santa Barbara murders. I was so tremendously moved by the stories and examples of how omnipresent sexual harassment, objectification, and intimidation are for so many women… But I was pleased, almost sheepishly, that I couldn’t quite relate. I mean, I’ve only been sexually harassed one time (back in college when I was working and living in the projects; after the incident, Nick would drop me off and then phone my – male – roommates to let them know I was coming into the building. They then stood watch for me until I was safely inside my apartment). I didn’t think that I really experienced all that much objectification or intimidation.

Well. Except for that time in the Bahamas when I was seventeen, visiting with my high school jazz band (music geek alert), and the guy who was manning the parasail boat strapped me into the harness, leaned over and chuckled, “This is the second-best ride in the Bahamas, baby – ’cause I’m the first!” and then actually smacked me on my ass as he sent me up into the air. Or all of the years before Nick and I were married when I carried a whistle on my keychain in case I needed to call for help. Or the number of times my girlfriends and I have been wolf-whistled at. Or how I still, to this day, announce to any strange male who comes into the house (plumber, cable guy, etc.) that my husband will be home soon.

As the stories flooded my consciousness, the embarrassment quickly followed; not at the incidents themselves, but at how they’d become such a commonplace occurrence, I didn’t even recognize them. It has somehow become perfectly acceptable for me to make sure that my clothing isn’t too revealing, even if all it “reveals” is my shoulders, lest I attract unwanted attention. Checking a parking lot at night to be sure it’s safe? Duh. Worrying that the guy who screamed at me in a fit of road rage because I didn’t get out of the left lane “fast enough” might actually get out of his car at the next light and accost me? Just par for the course.

As the mother of two young children, I worry about a lot of things – if they’ll remain healthy. What school will be like. Whether or not they’ll find good, supportive friends. If they’ll root for the Yankees or the Twins (or, God help me, the Red Sox). As the mother of two young girls, I worry for their safety – not so much as children (my Free Range thinking has helped me not freak out too much), but as they grow up. The statistics are so alarming; I can’t seem to find an agreed-upon percentage, but, in their lifetimes, between one in three and one in six women will be the victims of sexual harassment. That’s not just worrisome, it’s terrifying.

And also hard to ignore; after all, I’m already a part of those statistics.

There can hardly be any doubt that we need a full cultural change around women, men, and how we’re perceived and treated. That change needs to come from all of us – every single one – and it’s going to take time. But, by God, it has to happen, otherwise the stories that have been permeating the news recently will become so commonplace, we will cease to even recognize them as unacceptable. And that?
Unacceptable.

Changing the entire world is a bit beyond the scope of my abilities (despite my aforementioned fabulousness), but changing the world for my daughters is not. They may grow up in a society that devalues them, but they can learn to value themselves. They may be told by others that they are not worthy, that they are too loud, that they shouldn’t dress like that, that they should act like this instead… But they can learn not to listen, and to listen, instead, to their own voices telling them how incredible they are. 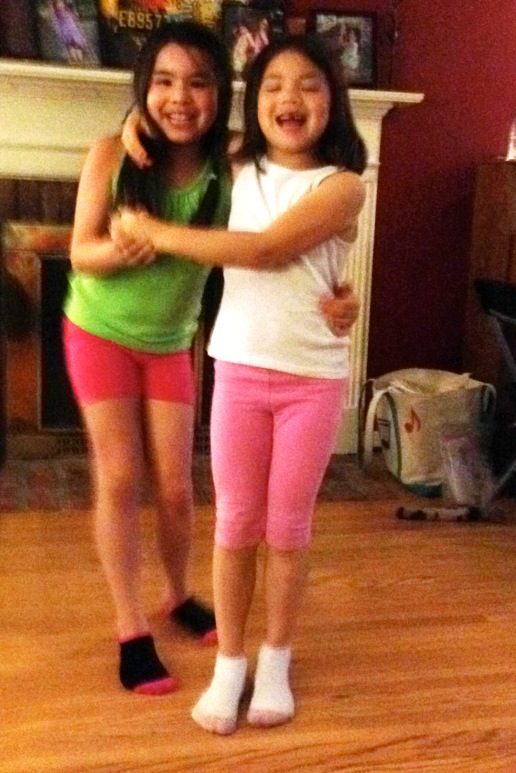 There are plenty of awful things that are said about and toward women. When something wonderful is said – when kind, supportive words are offered instead, it is oh so important that they’re not brushed aside.  Part of believing that we’re worthy and special and awesome means that when we’re complimented, we feel confident enough in ourselves to accept the compliment, and to not worry about how such acceptance may be interpreted by anyone else. In theory, it’s really simple…

“Your presentation was great!”
Thank you!

“I love your necklace.”
Thank you.

“This jello surprise is absolutely divine!”
Thank you!

In practice, it’s quite difficult. I’ve found that it comes off as just a bit disingenuous if you say “THANK YOU” through gritted teeth. It takes almost physical will to force a sincere “Thank you” out of my mouth without offering some side comment, making a sarcastic remark, or immediately changing the subject. But I’m trying, hard.

It’s a small change, but I hope it’s the start of something oh so much more.

For all women.
For myself.
And especially for my daughters. 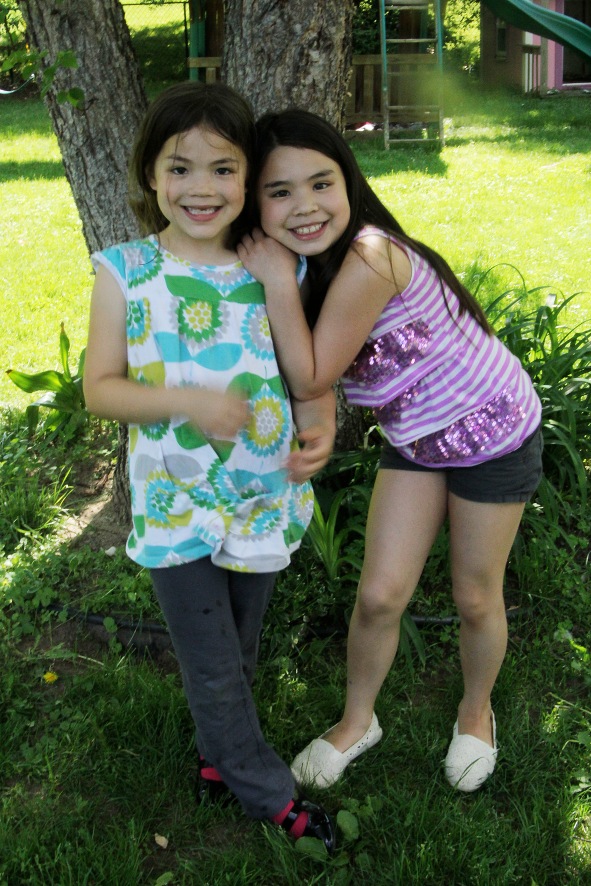